New Paycheck Protection Program Developments in the Next Stimulus Bill

Many of our clients have been asking about the Paycheck Protection Program loans and the tax effects of forgiveness and deductibility of related expenses. This has been a point of great consternation in the months since the CARES Act was passed. The Internal Revenue Service went so far as to issue a Revenue Ruling (2020-27) in November indicating a hardline stance that the business expenses paid with PPP loan proceeds related to forgiven amounts of these loans are in fact not deductible.
We are pleased to convey that with the impending vote on this current piece of COVID stimulus legislation, the business expenses related to forgiven Paycheck Protection Program funds are, in fact, going to be tax deductible. This provides a giant sigh of relief for businesses that were able to take advantage of this program and avoids a large tax bill.
Included in this next round of legislation are provisions for another direct payment of $600 per person, including dependents with no cap on the number of dependents allowed, which was capped at two in the first round of payments. Also making into the Bill, among many other provisions, is an extension of the Federal boost of $300 per week in unemployment benefits.
This new legislation has been finalized and ratified by both the House and the Senate and is headed to the White House for signature of the President, which is expected without delay.
Previous Articles about PPP:

More Business Provisions from the CARES ACT
Is it Worth Seeking Tax Debt Help?
Effective Immediately, Franskoviak Tax Solutions is Discontinuing All In Person Face-to-Face Meeting...
Choosing a Tax Preparer Who is Right for You 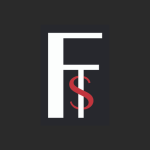 We Won’t Let The IRS Bully You.
For over 30 years, Mike Franskoviak and his team have helped distressed and confused taxpayers navigate the tricky terrain of tax issues. With his help, numerous clients throughout the years have successfully protected themselves from IRS seizure of their accounts and property. Read more